Innovation, effectiveness, digital transformation. These are the terms we often associate with Industry 4.0 sector (or 4th Industrial Revolution). What about responsiveness? Does it also deserve a place among buzzwords that fill feeds across social media? Definitely, because the smart machine, the smart product and the augmented operator are the building blocks that will not support themselves.

Industry 4.0 sector covers four aspects considered by researchers as fundamental in the process of making a new revision of the term ‘industry’ itself. Factories become connected and exchange information automatically. They also include fresh means of managing production, organizing product design, planning, engineering and services in a new way, allowing for these elements to become simulated and modular, effectively stitching them end-to-end in the final stage of the process. The business now includes not only companies, factories, resources, suppliers and logistics, but also customers and the philosophy of keeping them all aligned – not with a business goal, but with the customers’ needs. It’s also about optimization processes and the art of making maximum profit for all involved by using limited shared resources and maintaining self-regulating configuration based on the need at hand. Products are now embedded with identifiable components, processors and sensors that aid customers with information and guidance, at the same time sending feedback and data back to the manufacturer. Customers are slowly being armed with not only enhanced product information capabilities but also various order options and guidance on utilization.

As we can see, Industry 4.0 sector encompasses so many dynamic revolutions in a number of areas that it’s easy to forget it’s not about technology at all. Technology, software product development, mechanisation, electrification, digital transformation, system integration and web creation. These pillars don’t include the most important factor of all – a human being acting as a demigod to bind together all the aforementioned hreads. Even the most advanced technology needs periodic evaluation and constant control. Let’s see how’s that possible under the Industry 4.0 umbrella, given that responsiveness means simply a reaction to market change, technology update and manufacturing opportunities.

When I was attending primary school (and it was in the ‘90s) teachers told us the global economy was all about shifting from manufacturing to services. We see it in a form of expanding philosophy turning products into paid subscriptions, for instance. Nowadays the tide is shifting and manufacturing is raising yet again. About 17% of European GDP comes from modern manufacturing, which creates approximately 32 million jobs across the continent (1). How many of the people employed in factories create value instead of products? How many of them are more effective because of the tools they work with on a daily basis? 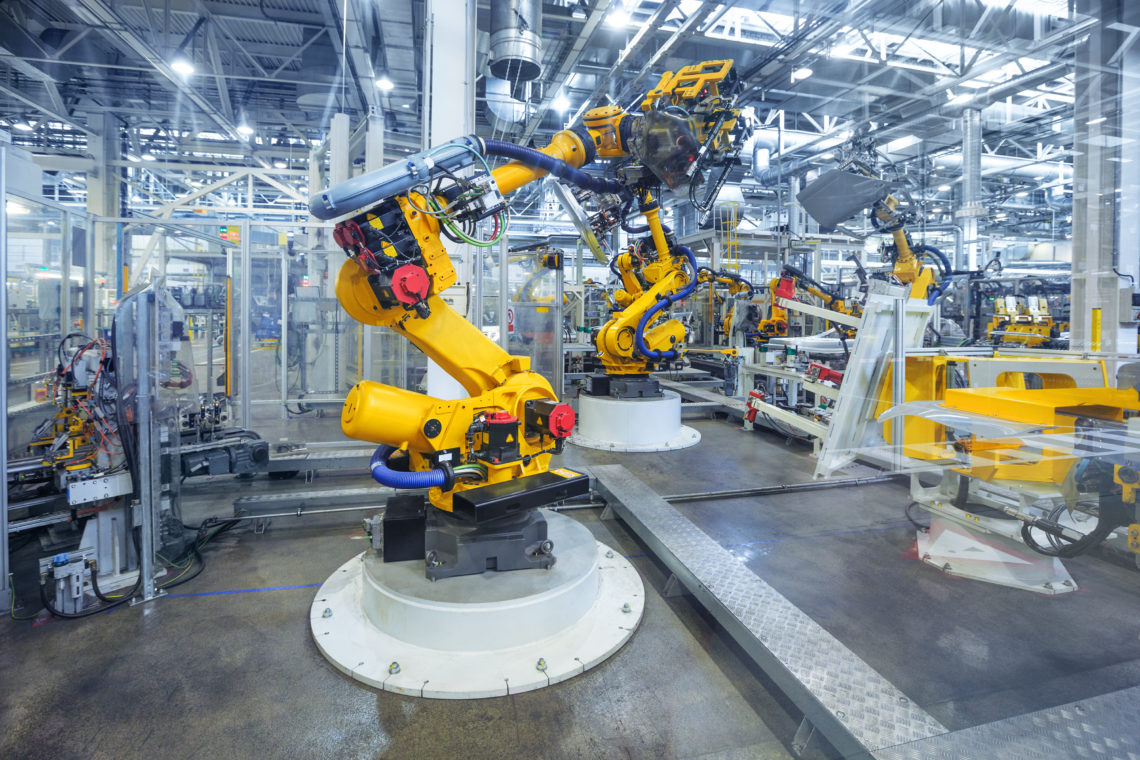 Industry 4.0 sector can be described by three paradigms: the smart machine, the smart product and the augmented operator. The first one can be described as an environment where a traditional production hierarchy is replaced by decentralized self-organization, realized by Cyber-Physical Systems (CPS). The second changes the role of the product – giving it the opportunity to not only store data but also to ask for required resources, making it an active part of the manufacturing system. Finally the worker – the most flexible and adaptive part of the whole puzzle. He or she has to not only monitor but also decide on processes and production limits. He or she also has to establish the baseline for quality control. This is not being done alone, though. He or she has the support of the mobile, context-sensitive user interfaces and user-focused assistance systems (2).

Taking all that into consideration, how does Industry 4.0 affect work, especially in the context of creating value?

It’s like Filip Kramarczyk, a COO and co-founder of Polish start-up Husarion, says:

In the past, throughout Industry 1.0, 2.0 and 3.0, efficient production in terms of cost and time was also the main focus, the same as now in Industry 4.0. However, then, it was as achieved at the expense of long production rearrangement time. To keep factories profitable companies had to manufacture high volumes of goods which required planning far in advance. Switching production was quite a hassle and was very cost & time consuming. Industry 4.0 is a big step forward in terms of combining both efficiency and flexibility thanks to robotization, IoT and AI. While robotization replaces humans on production lines, IoT provides real-time sensor data from multiple sources and AI gathers all information to help the whole factory perform in an optimal way.

And speaking of robotics – robots play an important part under the 4th Industrial Revolution. In fact, the number of multipurpose industrial robots developed for Industry 4.0 has almost doubled since 2004, that’s for Europe alone (3). This is largely for the part that organizations like Industry-Science Research Alliance, OPC Foundation and SmartFactoryKL play in the ongoing revolution. Robots can play a big role in a factory, on an assembly line, but also doing smaller tasks, like surveillance. We’re talking about semi-autonomous robots controlled by a smartphone, capable of recording voice and video. Cheap to manufacture and utilize. Robotics, driven by data or destined to deliver or process data is a big part of the revolution. In Germany alone, data-driven supply chains can speed up the manufacturing process by an estimated 120% in terms of order delivery time and by 70% in market shipping (3). Robotics also has internal consequences for companies. For example, in 2014 three biggest companies in Silicon Valley had a considerably higher market capitalization generated by the same revenues, but with approximately 10 times fewer employees (4). As we can see, the application of robotics in an industrial environment translates into productivity that can drive further economic growth. 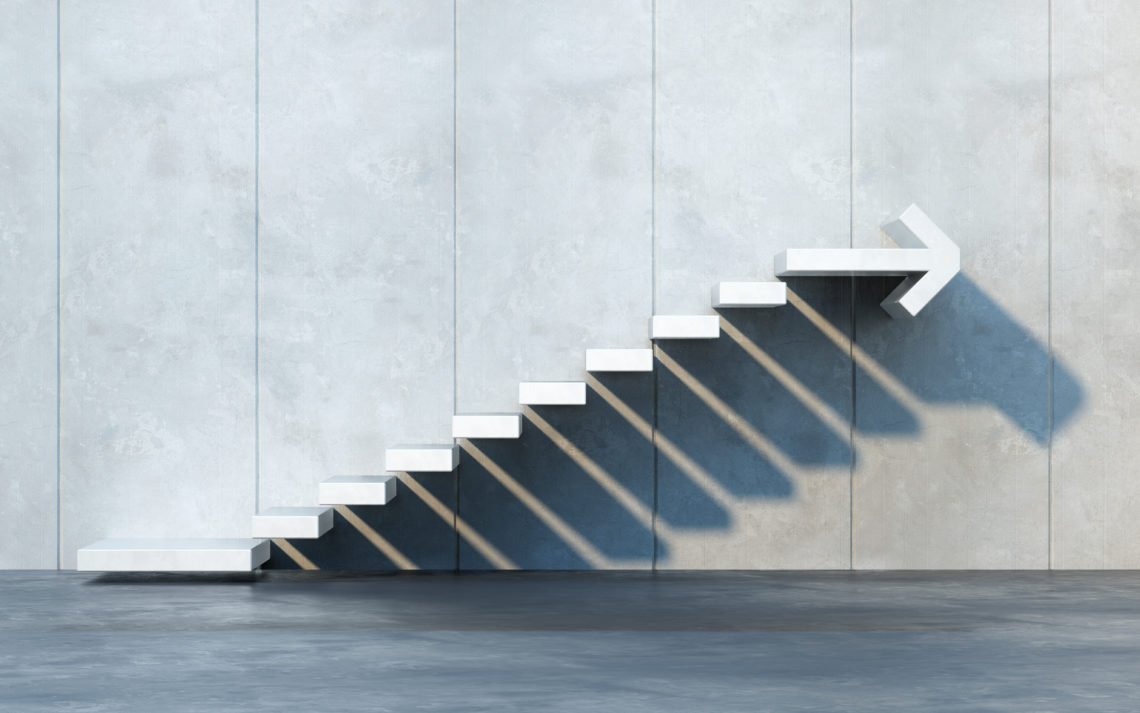 Widely understood industrial environment needs responsiveness enablers to operate. Among them could be:

Industry 4.0 - How to measure the progress?

Factors by which progress could be measured can include:

Factors like intense and increasing domestic and foreign competition, shorter product life cycle and customer demand for technologically advanced products within their price range require a new approach towards old manufacturing processes, mindsets and habits. This goes both for hardware and software alike. Companies need manufacturing models made on an input-output system, that lets plan all necessary production stages (input) and then reap the benefits (output) with the emphasis on end-customer satisfaction.

Industry 4.0 is not only about rapid manufacturing of a short series of goods. It’s also about rapid product prototyping of both machines that take part in production process and the goods delivered to the end customer. High level programming frameworks provided developers tools to create complex systems without a deep understanding of how internet, different OS’s or processors work. We have a similar situation with hardware right now - you can create high level robotic solutions without the need of hiring expensive engineering teams with 20+ years of experience.

New technologies are only a tool, means to an end. Your organization can profit from them immensely, if it’s going to follow the rabbit, which is not a classically understood profit, but rather a consumer-oriented set of practices, leading to consumer satisfaction. Getting to know your way around requires a little vision and technical expertise but mostly a passion for improvement.

(4) European Commission. 2015. Digital Transformation Of European Industry And Enterprises. Report And Recommendations Of The Strategic Policy Forum on Digital Entrepreneurship