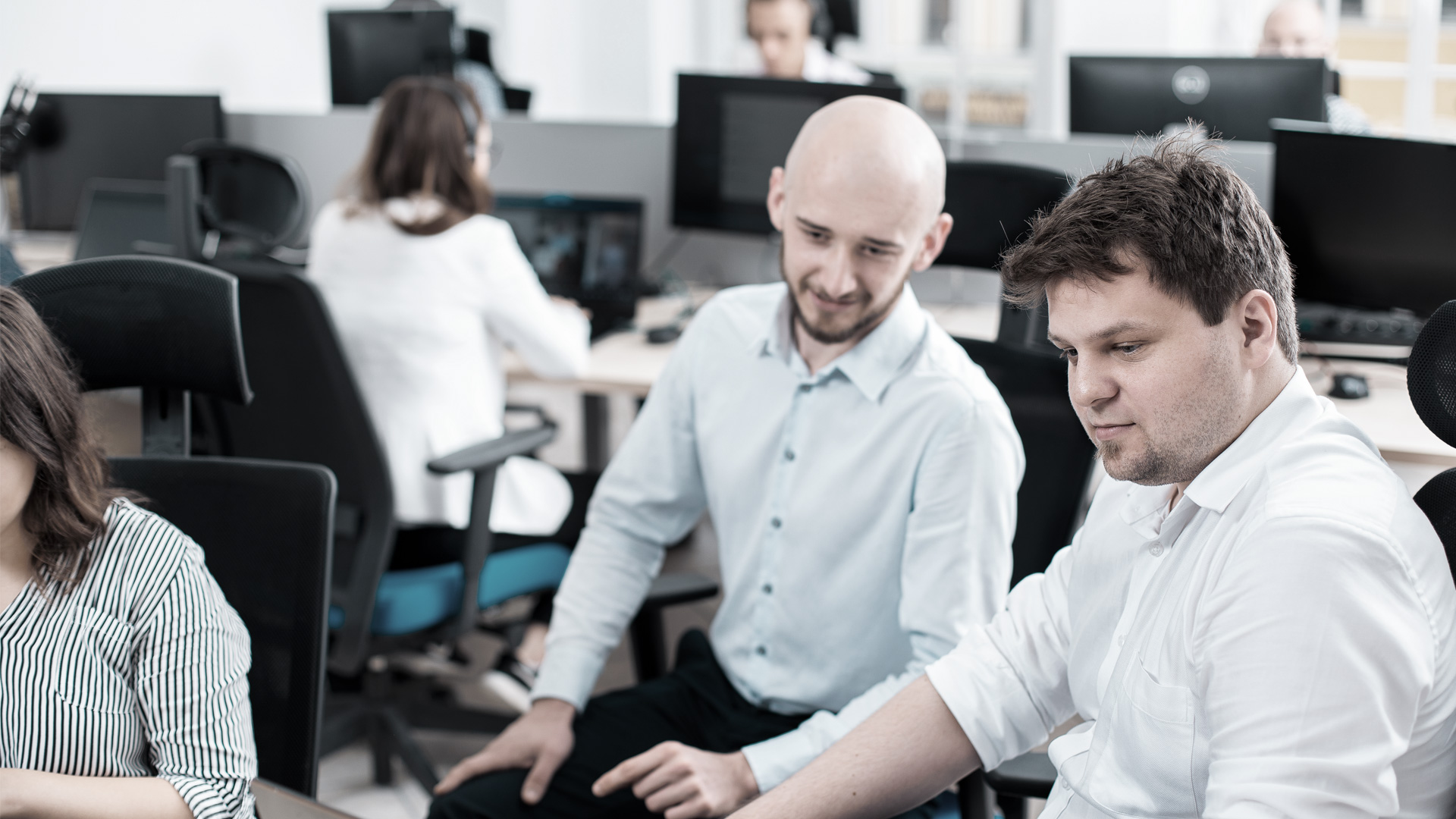 When .NET Framework is the Best Choice for Application Development and Why?

Offering high-quality digital services is a must for any company that wants to thrive in today's rapidly evolving markets. It's a lot more than moving a part of your service offering online: businesses must employ solutions that will reduce software development time and produce quality, reliable, and scalable applications to stay ahead of the competition. Microsoft .NET framework is well suited to this difficult task.

This article explains when and why the .NET framework is the best choice for your application development project. In particular, we discuss:

What is the .NET framework?

.NET is a development framework created by Microsoft that offers programming guidelines and reusable components for different types of applications: from the web to mobile to Windows-based. The .NET framework includes Common Language Runtime (CLR), which provides language interoperability across several programming languages, including C#, F#, C++, and Visual Basic, and a large class library known as Framework Class Library (FCL).

The entire .NET environment consists of the below Microsoft products that cover the full software development spectrum:

All of these products are included in the 2020 release under one framework name: .NET 5.0.

There are solid reasons why the .NET framework is the second most popular development environment. We’ve compiled a list of 12 characteristics that make this framework super convenient and easy to use.

.NET is a mature framework with an established position on the market and an immense user base, so it’s very unlikely it will cease to exist (on the other hand, emerging solutions created by smaller companies can). Microsoft provides users with the regular support, new releases, and development updates. Simply put, by choosing .NET, you can be sure that the app you create will last for many years.

.NET framework is based on object-oriented programming (OOP) development model, which breaks down the code into chunks to make them easier to combine and manage. It’s done through classifying data into functional objects, such as data fields, and segregating their behavior and contents in different compartments. With this modular structure, there is no need to manage objects’ inner attributes, rendering the code simpler, easier to use and test, and more effective at responding to recurring issues. What does it mean for your business? Less work for developers, saving you both time and money.

.NET framework arms developers with ASP.NET for web applications, Xamarin for mobile and macOS, and .NET Core for numerous desktop applications, from games to machine learning services. .NET Core is actually a .NET platform that allows the code to run on macOS, Windows, and Linux, without leaving the .NET ecosystem. Developers coding in C#, F#, or Visual Basic can actually program on each compatible operating systems, which is convenient and gives your team more flexibility.

Developers can install the .NET Core framework as a part of an application or separately. The modular design allows you to include all the dependencies you need. You can also have multiple .NET Core versions running side by side on the same machine to cover different projects and perform deployment tasks at the same time without disruptions. Additional features like private components, controlled code sharing, side-by-side versioning and partially trusted code make the application deployment with the .NET framework simple and easy.  What more could developers want?

Since .NET Core is open source, its class libraries, common language runtime, and compilers are available on GitHub and have many contributions. .NET also offers a vast collection of predefined class libraries that supports simple and complex data structures. Essentially, that means developers can rely on the work of hundreds of other programmers and recycle the already-written code into their own programs. .NET framework even offers specific libraries for security, encryption, or database access.

Developers from small- and medium-size companies and enterprises use the .NET, which means that you can ask the community members for help with virtually any issue you face. The Core version of the .NET has a fully open source code, so the entire programming community of users, with its varying engineering skills and experience, can continuously improve it - known errors have already been tested and debugged. Besides, there’s also .Net Foundation - a non-profit organization established to support an innovative, open-source ecosystem and foster teamwork around the .NET framework. Both the .NET community and commercial developers use it as the main forum for exchanging ideas and experiences, so it's in good hands.

The Object Cache class in the .NET framework allows developers to create a custom cache implementation for improving the performance and scalability of Windows client and server applications. More importantly, this class is reliable, easy to use, and designed in a way that allows extensions.

.NET framework comes with Visual Studio, Microsoft’s Integrated Development Environment used for building, debugging, and publishing applications across different platforms, including Android and iOS - all these functionalities in a single product. It essentially makes development easier and more convenient by providing all the tools required to write and test software and services apps written in different languages. Developers can also benefit from Visual Studio Marketplace that offers a wide range of editor extensions (like collaboration, essential for distributed teams), continuous integration, third-party connections...) both from Microsoft and other providers.

Microsoft has been enhancing the .NET framework with a large class library called .NET Standard since 2016. It’s based on the number of base class libraries for ASP.NET, .NET Core, and Xamarin. These libraries work with common functions such as rendering graphics, manipulating strings, or interacting with databases. The introduction of the .NET Standard library simplified developers’ work: since this library supports all dependent libraries across applications, developers don't have to replicate applications or libraries for new platforms.

ASP.NET has built-in automatic monitoring through Windows Web Server. It scans web pages and applications in your ASP.NET environment for issues such as memory leaks, infinite loops, and breaches, and alerts about them immediately, helping your security team ensure maximum protection.  This also means that .NET applications are more stable and transparent.

Microsoft offers two powerful compilers for the .NET framework: Roslyn and RyuJIT. Roslyn is used to compile C# or VB code into a common intermediate language (CIL), and RyuJIT runs a just-in-time compilation of CIL into byte code. Both are popular among programmers. Roslyn became open source in 2014 and is now included in Visual Studio. It exposes APIs and thus allows developers to thoroughly analyze code and read compilation data at every stage. Just like with other products, Microsoft continually improves these compilers.

Microsoft permanently contributes to the evolution of the .NET and, as one of the leading global technology companies, they know very well what developers need and do everything they can to meet those needs. While the original ASP.NET runs on Windows only, .NET Core was created only in 2016 to offer a reliable and convenient framework for all development platforms and the cloud (not just Windows - that’s reserved for .NET framework). Further, Microsoft released the ML.NET framework for C# and F# languages. Developers can now benefit from .NET 5 (released in 2020), while .NET 6 is due to be launched later this year. It’s clear that with the .NET, Microsoft wants to create a one-stop, flexible platform for everyone.

How does the .NET win over other development models?

.NET was specifically created to overcome many application development obstacles, such as long development times, inability to change applications quickly, the high total cost of ownership of the software, and complicated deployment. If these are some of the problems you face, the .NET framework might be the best solution for your business.

We don't intend to criticize other development frameworks here, but only want to point out the maximum advantages of .NET compared to other environments. There are several elements where the .NET leads.

Thousands of applications were created on the .NET framework since it was released in 2002. .NET takes advantage of optimization, early binding, and caching services, which are Windows-native. Common Language Runtime (CLR) also improves performance by removing the possibility of memory fragmentation. In addition, .NET development is purely a server-side process, which further enhances performance.

Through large class libraries full of pre-written code, the .NET framework allows to reduce work required for developing applications, especially the large ones.

.NET has built-in authentication and pre-application configuration, which maximizes the security of your app and the safety of your data. The web servers continually monitor the pages, applications, and components for information leakage, breaches, or illegal activity, destroy them instantly and restart the system. Applications created with ASP.NET benefit from confirmation and configuration from Windows.

A number of features in the .NET framework make it intuitive and easy to use, e.g. drag-and-drop server controls, automatic deployment features, or WYSIWYG editing. Developers can also benefit from a rich toolbox and designer in an integrated development environment. Processing daily tasks like submitting forms, authenticating clients, and configuring sites are swift and easy.

The .NET framework is language-independent, so developers have the freedom to choose the language they prefer: C#, F#, Visual Basic, or others.

When to choose the .NET framework?

Node.JS may be more popular than the .NET framework because it works perfectly for small and medium-sized application development.

However, .NET wins in terms of performance, and there are three particular software development use cases where it will be a better option:

When you want to build scalable applications:

If your ambition is to grow your business and your application, it’s wise to choose the .NET from all the available platforms out there. .NET allows engineers to redesign applications under development in a scalable environment, adjusting to your changing business needs and market demands.

When you need an app that will work across different platforms:

Microsoft .NET framework is the best choice when creating an app that will work across different platforms - .NET covers most of them. It also allows reducing development effort while expanding the different types of your applications to other operating systems. .NET can even be used for engineering products in gaming (for Xbox) and AR development (for HoloLens).

When you create enterprise-scale applications:

.NET also caters to enterprise needs. StackOverflow, Microsoft, Dell, Intel, Cisco, UPS all use it for enterprise application development. Microsoft makes sure it provides an extensive toolset for building and integrating enterprise products, both internal and public ones.

The .NET cross-platform allows developers to choose programming languages, libraries, and editors to create games, websites, web and mobile applications. Numerous enterprises use .NET to build their applications, but it can be easily used for developing smaller products with an option to scale over time.

Thousands of websites were created using this technology because it's reliable and easy to use. Reducing development time through Framework Class Library full of pre-written code allows you to quickly respond to changing market demands and deploy your innovation much faster. 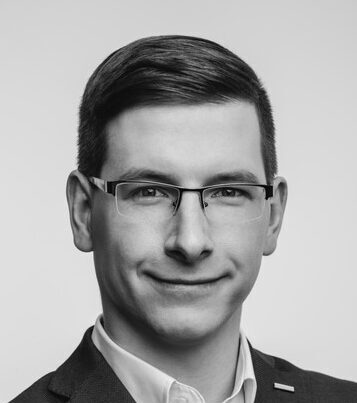 Adam Maciejek
Digital Solutions Consultant at CSHARK. Loves to connect business with IT and deliver value using #ExpectMore philosophy. Writes about business, startups, and strategy.
.NET Core vs. .NET Framework – Which is a Better Choice for Your Next App?
Krzysiek Szymczyk’s Career Change: From Military Service to IT
Table of content:
Would you like to discuss the challenges in your project on this topic?
Let's talk
CSHARK uses cookies on this site to improve performance, for analytics and for advertising. By browsing this site you are agreeing to this. For more information see our Privacy and Cookie policy.