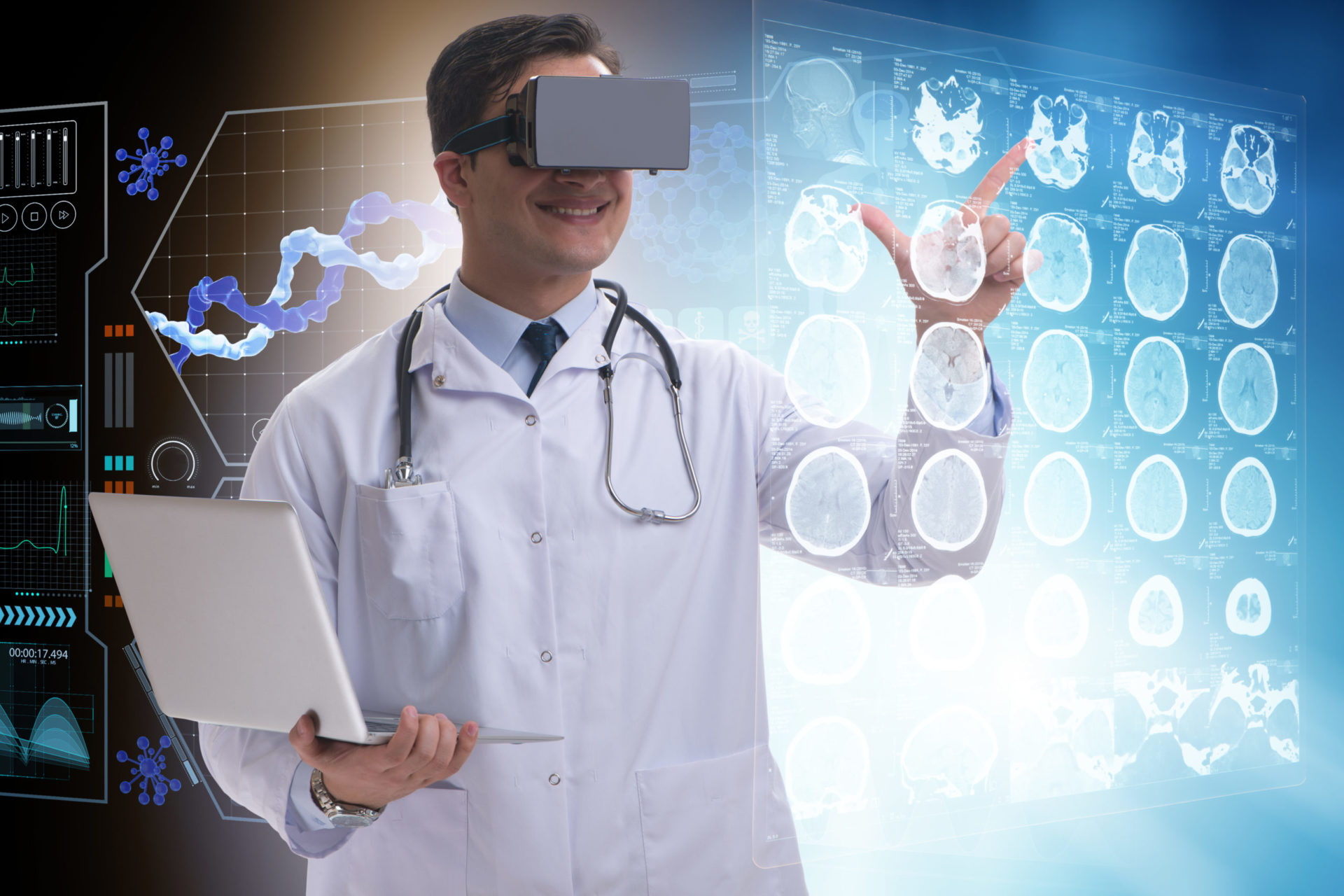 Healing people is a serious business. You can either help them or hurt them. There’s no room for unsubstantiated divagations, everything has to be real. Or does it? Virtual and Augmented Reality are breaking another barrier, with perspectives on completely transforming diagnosis and treatment of many diseases. Among them are mental disorders.

Who would have thought? VR, it is vastly associated with entertainment, very often with industrial use. Medicine? That would be a stretch, even for incorrigible dreamers. And yet, they were right. Fields of knowledge that can directly benefit from this turn of events are for example clinical psychology, ophthalmology and psychiatry, now called ‘computational psychiatry’, when in accordance to VR. Scientists, engineers and designers work hand in hand to deliver not only the gear but also apps and other tools to diagnose and treat diseases. Best of all, they get results.

Researchers are constantly pursuing new avenues to utilize the latest and greatest technological achievements. Deep learning, VR and artificial intelligence (AI) are seen (or just - seem) to tear down the wall of human understanding. Or at least shatter it a bit. Already mentioned ‘computational psychiatry’ operates on the notion that doctors can understand and treat mental illnesses using ground-breaking technologies. A recent study from Sarah Fineberg of Yale University in New Haven suggests, that discussed tech helps to explore borderline personality disorder (BPD), a serious medical condition with symptoms like ‘ongoing instability in moods, behaviours, self-image, and functioning, impulsive actions and unstable relationships.’ (1)

A paper written by Fineberg and her team shows that patients display a more stable behaviour when using VR set to play a game ‘Cyberball’. Negative emotions are reduced (to be fair – not fully eliminated) with subjects with BPD receiving the ball more times than any other player. This game is about passing the ball back and forth on a screen between participants. The patient controlling three players on the screen believes that he or she is playing with other people, when in fact other characters are controlled by the AI. By increasing the time the ball is passed to the participant, the team managed to evoke the feeling of social rejection, making the patient more calm and stable in a process. This example shows how creative the usage of a VR set can be when utilized in a safe environment with the help of game designers. As Fineberg told MIT Technology Review:

We and others have identified language features that mark psychological states and traits.

This seems to be the key to an ongoing challenge – how to utilize possibilities given by the technology to really make the difference? Fineber’s team have found a way – their using virtual space as a clinical environment for study while at the same time using AI for finding patterns in large pools of data. They’re not the only ones.

The data blew us away. We were like, this is it.

Woebot, a chatbot that uses cognitive behavioural therapy principles, can be helpful with depression. The results from randomized, control trial were interesting and the app has been described as ‘engaging’.

Woebot is not the only software in the world, helping with medical problems. The Medical community is using Sea Quest VR game to help people with dementia. 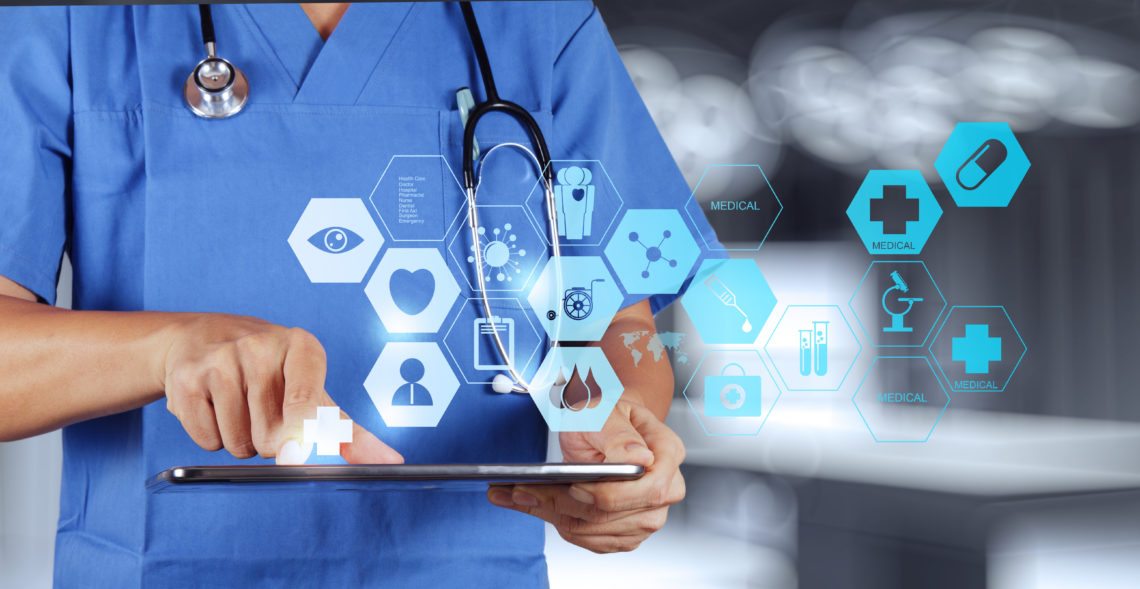 Two minutes playing the game gives me more than if you had given me two hours of your time in person. This game means I can use the data as effectively and efficiently as possible.

Developed by Deutsche Telekom, the app is trending. It has gathered data from more than 3 million players since its launch in May 2016.

Researchers emphasise the fact that these kind of apps are very helpful, especially with people who might not be able to grasp the function of the game, for example people with dementia. This is widely because of the intuitive nature of VR. According to Maxwell Scott-Slade, Creative Director at Glitchers, almost 11 million people are using VR worldwide, the number might pass 16 million by 2021. As Scott-Slade says:

This is the first time, however, that experiments have been gamified and designed for the mass market consumer, allowing users to share scientifically valid data via the medium of engaging gameplay, and extending their potential reach exponentially.

This is software, how about hardware? Mark Gregot, co-founder and CEO of NuEyes has an answer. He created smart glasses for people who have low or impaired vision. While in US Navy, he was impressed by technology and created a prototype of the glasses in 2013. In 2017 he developed smart glasses that, after being fuelled with capital from angel investors and national insurance carriers, are more affordable for the visually impaired.

There’s more. According to a 2017 global healthcare sector analysis by Deloitte, technology responsible for more innovation and treatment value will in the near future consist of, among others: VR, telehealth, biosensors and trackers.

Industry insiders and medical professionals from different branches know that. Let’s talk a bit about an event from our own, CSHARK’s backyard. Last year VRAR – European Congress for everything virtual reality took place for the very first time. A good portion was dedicated to technological advancements in medicine. An opening keynote from Przemysław Korzeniowski from Imperial College in London was especially interesting since it answered an unusual question: why cardiologist would need Google Glass?

Currently there’s an emphasis on assisting more experienced colleagues. That way they gain experience. But there’s a growing concern that high costs of this form of learning, not to mention the safety of the patient, should be taken into account, when choosing an alternative.

Nowadays the accent is often put on the training outside the operating room and VR is perfect for this. We can create a fully configurable, repeatable training environment allowing for skill polish, without endangering patients.

Google Glass has not become standard equipment for many doctors, but there are conditions under which its potential is quite often utilized. The glasses are used to restore the patency of chronically closed coronary arteries. Google Glass is helping doctors focus and see more. More than 15 procedures have been already carried out in Poland alone. Each time doctors were able to see patient’s CT scans while operating on his or her body. Previously they looked at them a few days or even weeks before the operation.

Virtual reality is an interesting form of entertainment. It’s also shaping up to be the ultimate tool for the medical profession, to help and cure faster, more precise, easier and cheaper than before.

(1) Quote after the American National Institute of Mental Health (NIMH)